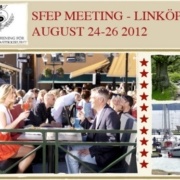 A Preliminary Evaluation of Breast Enlargement with Fat Grafting – Can It Replace Breast Implants?

Aim
Fat grafting has been a well-known clinical method for reconstruction of small defects and recently applied in face, to breast reconstruction and to breast augmentation as an alternative to breast implants.

Oslo Plastikkirurgi Clinic has since 2008 carried out 38 breast enlargements with fat grafting on patients with hypoplasia mammae, asymmetry and in a few cases with mastopexi. The patients had to fulfill three criteria to become a candidate for surgery: no use of foreign objects, existing fat to be corrected – not just a “donor site”, and a realistic expectation of volume increase of the breasts.

Methods
Fat was usually harvested from abdomen, thigh, buttocks or knee. The fat was machine-centrifuged for three minutes and grafted in intersecting and parallel canals through small incisions using Coleman’s cannulas. A loose bra was used postoperatively. In recent patients we used a manual centrifuge and these patients (10 patients) are still under evaluation.

Results and discussion
Average injected fat in left breast: 219 ml, right breast: 221 ml. Resorption rate was 40-60{54b116087a6f74e83971d02c04db3cc13141fd9ff760a1e389c9721123fe5531} in most cases, but 7 patients had more than 60{54b116087a6f74e83971d02c04db3cc13141fd9ff760a1e389c9721123fe5531}. New injections were performed on three patients. Three others chose breast implants because there was not enough donor fat and/or because their expectation about breast volume with this method was not satisfactory. Two small cysts were observed. Patients obtained a natural feeling, better fullness in desired areas and have removed unwanted fat. However, it was far from all patients who have obtained
the desired volume. Furthermore, it is rather difficult to calculate gained rest volume. The method is still in the establishment phase. Factors like centrifugation, local anesthetics, cannulas used, preoperative expansion and injected fat amount still have unclear effect on the final result.

Conclusion
Provided strict selection, this method could be a good alternative for breast enlargement. A longer follow-up time and multicenter studies should be performed before final conclusions can be made.

SKAL DU NED I VEKT ELLER BEHOLDE DIN VEKT?
Scroll to top
We use cookies on our website to give you the most relevant experience by remembering your preferences and repeat visits. By clicking “Accept All”, you consent to the use of ALL the cookies. However, you may visit "Cookie Settings" to provide a controlled consent.
Cookie SettingsAccept All
Manage consent