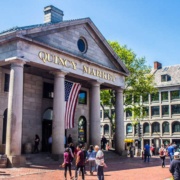 Goals/Purpose:
Results from surgical interventions are traditionally based on morbidity and mortality. However, quality of life among women who operated with breast implant is a growing research area with recent alarming data about relationship with psychological disorder in this group of patients. Therefore, relation to depression; effect on daily activity and work; and overall results evaluated anonymously by women themselves are aspects of great interest to investigate. We wanted to investigate quality of life in women who underwent breast enlargement with implant. The study was designed to eliminate bias through guaranteed anonymity for consecutive patients, no industrial sponsoring to the study, and use of a balanced scale for answer alternatives between dissatisfaction and satisfaction.

Methods/Technique:
The study was conducted with QuestBack™ mailsystem, which guarantees anonymity. A total of 93 consecutive patients were reachable via e-mail. All were operated with breast implant at Oslo Plastic Surgery Clinic. The questionnaire consisted of 47 questions focused on patients’ daily activity, work, preoperative depression rate and its outcome after surgery, and cosmetic and social changes. In addition, reasons for which patients had chosen the procedure and if they would recommend it to a friend were requested. Answer alternatives were balanced on a 5 degrees scale ranging from “unsatisfied” to “satisfied”. All the incoming answers were analyzed by Quetsback™ system with no possible outer influence on the process.

Conclusion:
In contrast to recent studies showed psychological disorder in these patients, depression rate in our study was lower than given range in general population in Norway where depression rate ranges from 7-17{54b116087a6f74e83971d02c04db3cc13141fd9ff760a1e389c9721123fe5531}. The stereotype of the breast enlargement patient has not been proved in our patients, as most of them had a relationship and even children before they took the surgery. Breast enlargement raises motivation to do daily activities, and to lesser degree on work activity. Furthermore, the procedure enhanced quality of life in both cosmetic and social aspects. However, an important challenge for the surgeon is the relatively high percentage of dissatisfaction with sensitivity in skin on the breasts after surgery. Furthermore, multi-centre studies are needed to specify better depression rate and its outcome after surgery.

NYTT OM FETTRANSPLANTASJON
Scroll to top
We use cookies on our website to give you the most relevant experience by remembering your preferences and repeat visits. By clicking “Accept All”, you consent to the use of ALL the cookies. However, you may visit "Cookie Settings" to provide a controlled consent.
Cookie SettingsAccept All
Manage consent